Should 10,000 hours really be the benchmark?

You’ve no doubt heard rule of thumb that it takes approximately 10,000 hours of practice to become a master of something.

The statement originated in Malcolm Gladwell’s book “Outliers” and, even if you haven’t read it, you’ve no doubt heard the statistic. It has since been used by many authors in discussing high-achievement and mastery in sports and music and formed the basis of my articles: Deliberate Practice and Deliberate Play v Deliberate Practice.

The required practice must be dependent on the desired goal

In this article from the Music Teacher’s Helper blog earlier this year, Kerri Green discusses whether this is actually that important for students these days:

I used the 10,000 hours idea in a group class a few months ago to help persuade my students that the more time they spent per week at the piano, the faster they would accumulate knowledge and skill. We discovered that it would take 10 years of practicing 20 hours a week, 20 years of practicing 10 hours a week, and with the average of 2 hours a week it would take 100 years of practicing to achieve this nebulous “expert” level. We all laughed, especially those of my students who struggle to get more than two hours of practicing in a week, but it left me thinking: while achieving expert level is certainly important to some of us, it is not the goal of most of my students or their parents. What is important to them? Being able to play a song from Frozen, accompanying a friend in a school performance, playing for church…in other words, they want to be competent pianists.

A similar thought about this “rule” was outlined in an article by Drake Baer from Business Insider Australia earlier in the year:

…deliberate practice is only a predictor of success in fields that have super stable structures. For example, in tennis, chess, and classical music, the rules never change, so you can study up to become the best. But in less stable fields, like entrepreneurship and rock and roll, rules can go out the window.”

I tend to think that for 99/100 piano students around the world, the 10,000 hour rule is going to remain pretty elusive and I think that’s OK. As Kerri says, for students to be able to play some great classical music, do some improvising and play some current pop music for their family and friends, 1000 hours may be enough. More to the point, it may be all they can afford with everything else that’s going on in their lives these days.

Do you have any students likely to be heading towards 10,000 hours?

Leave your thoughts below.

Turning off Autopilot in Piano Practice

CPTP129: Why “Practice” might be killing your studio business with Danny Thompson 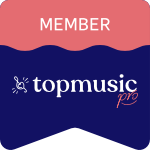