Today’s episode is another special and favourite episode from the archives with the 4-time Grammy award-winning young music legend from London, Jacob Collier. Hailing from North London and playing seven different instruments, including distinctive vocals, Jacob’s sense of harmony and tonality is evident in his signature style. He records all of his albums from his music room at home. Jacob shares so many things on this episode, from the story of how he started playing, to his approach to chords and harmony and his thoughts on music education. And we’re treated to a very special performance mid-show as well!

In this episode, you’ll learn Jacob Collier’s insights on music and education:

It’s not often one encounters an imagination with the depth and proficiency of Jacob Collier’s. The London-based, 28-year-old is dubbed by many as one of the most innovative musicians of his generation. In 2012, Jacob’s self-made YouTube tutorials achieved legendary status in the music world, attracting the praise of such luminaries as Herbie Hancock, David Crosby, Steve Vai and Quincy Jones, who manages Jacob to this day.

Jacob’s debut album, In My Room, which was crafted entirely in his room at home, and which, if you’re a Top Music Pro member, you can actually watch this interview with me and see inside his home studio; went on to win two Grammys.

His success has led to musical collaborations and fans including the likes of Coldplay, Ty Dolla $ign, Tori Kelly, Daniel Caesar, H.E.R., Charlie Puth, Kehlani, Jessie Reyes and Finneas to name a few.

In January 2018, Jacob began designing and creating a recording project on an unprecedented scale – a quadruple album called Djesse: 50 songs divided between four volumes with each operating within a separate musical universe of sound, style and genre. We unpacked and talked about this today, by the way.

Scattered across the four volumes are 30 collaborations from across every facet of the music world. Djesse Volumes 1 and 2 both have earned him a Grammy each, affirming that Jacob has never lost a Grammy in a category he’s been nominated in.

Thank you for tuning in!

Consider implementing the ideas from this podcast by writing several actionable steps for your teaching practice if it’s inspired you.

If you enjoyed today’s show, please leave us a review on Apple Podcasts, which helps other teachers find our show.

Stay updated by subscribing to this show, and get automatic delivery to your device every time a new episode goes live! We publish on Fridays weekly.

Piano can be a lonely activity. The opportunities for ensemble and group playing tend to be less common than with other instruments, and it can leave students feeling…all alone. This is why building a sense of community within the piano studio is so important. Piano can be fun and social too! That’s where the piano community comes END_OF_DOCUMENT_TOKEN_TO_BE_REPLACED 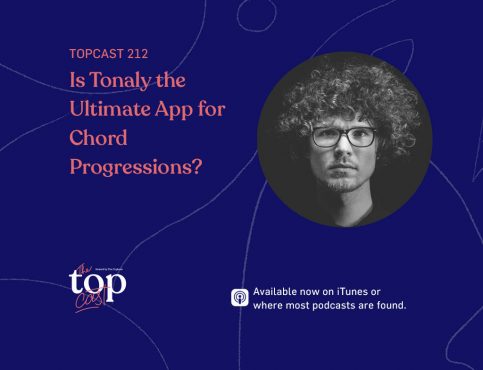 TC212: Is Tonaly the Ultimate App for Chord Progressions?

With Tonaly app, our latest favourite theory/composition tool, we found a better way to teach and have fun using chord progressions in music lessons. (Ever had trouble explaining and using the circle of fifths easily with students? Us, too!) Christian Hengst, the Tonaly app developer and a bass player himself, joins us on the podcast END_OF_DOCUMENT_TOKEN_TO_BE_REPLACED 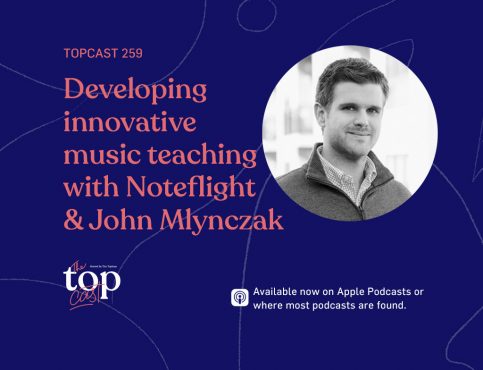 In this episode, we are going to talk about one of my favorite online music notation softwares, Noteflight, with John Mylnczak. We’re going to unpack the Noteflight and SoundCheck softwares – its benefits, features, and how it can you can use it in your own studio. If you are looking for a music notation app END_OF_DOCUMENT_TOKEN_TO_BE_REPLACED 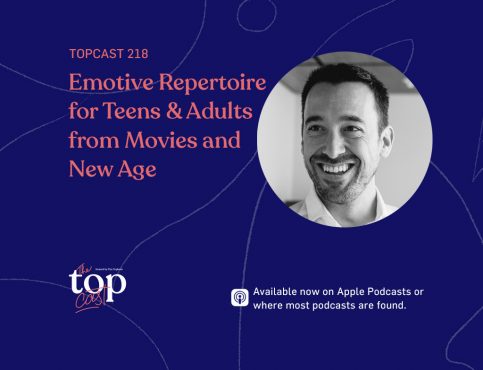 In this episode, find 20+ emotive teen piano repertoire picks that appeal to older or adult students, complete with play-through demos. Teen and adult students require extra repertoire planning, because you’re not often teaching from a method book, but finding specific pieces that appeal to their unique tastes. They often gravitate toward darker, moodier, rich, END_OF_DOCUMENT_TOKEN_TO_BE_REPLACED

TTTV025: Behind the Scenes at Hal Leonard Australia

Have you ever wondered where all those piano books you buy come from? What the inside the world’s major music publishers looks like? Hal Leonard is the world’s biggest music publisher, and Hal Leonard Australia is an important part of bringing those books (and other publisher’s books) to Australia. Under the direction of Gina Wake, END_OF_DOCUMENT_TOKEN_TO_BE_REPLACED 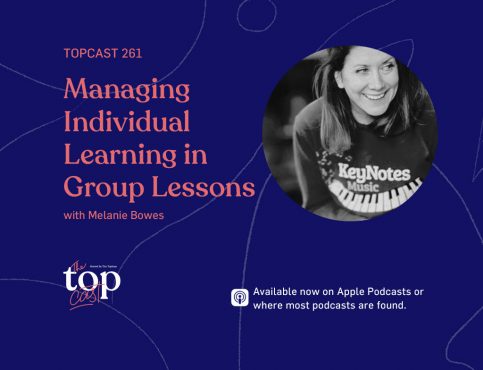 In this episode, Nicola Cantan takes over the podcast to introduce us to Melanie Bowes and the wonderful world of learning in group lessons. Melanie has such an interesting perspective on group teaching. If you are absolutely sure that you never want to do group teaching, we encourage you to listen anyway. There’s definitely something END_OF_DOCUMENT_TOKEN_TO_BE_REPLACED