Most piano instruction since the 19th century has been focused on having students play notes from scores and try to become solo performers. As a result, playing by chord symbols is now usually viewed as something secondary. But this is not how it once was!

So, I’d like to start by giving you a quick sense of the history of a chord-based approach and how essential it is for musicians.

Tim also wrote recently on the power of a chordal-based playing in his blog: 9 Reasons why Playing Lead Sheets is Essential for Piano Students.

I consider J.S. Bach to be the grand patriarch of our modern Western tradition. According to Bach’s son Carl, the first thing that Bach taught his students was harmony because that is the foundation for understanding how to improvise, arrange, and compose music.

Musicians in Bach’s time were viewed as craftspeople able to craft music for any occasion. They were not seen as stage performers. These musicians could improvise, arrange, and compose music. That’s what musicians did in the days before printed music became widely available.

Bach and his father and his father were what I call community musicians, people who crafted music for weddings, and church services, and such. So this is how Bach trained his students. They could accompany singers and other instrumentalists, and change keys quickly to accommodate others.

And that’s what many of our students still want to do: make music of their own and make music with others. Our teaching tradition took a different direction in the 19th century when printed music became widely available for the first time, and playing a keyboard instrument suddenly became all about being a solo recitalist, someone who could recite and perform masterworks.

What I’m trying to do with my Four Arts Model is remind people that there are many avenues to making music.

Read more: How to hold and run a pop piano recital

I agree with Bach. I think an understanding harmony is the foundation for many of these creative arts, particularly the art of arranging—that is, of making your own version of pieces and songs you like.

What Bach taught his students was something called figured bass. This was a system of notation that was just an outline, and from it you could quickly make and perform your own accompaniments and arrangements from chords. The bass line was written out, and numbers were used to indicate the harmonies.

That is what keyboardists often worked from. You could adapt the way you played to the instrumentalists who were there, whether there was a bass player or cellist, and whether you needed to supply the bass or not.

In Bach’s time, it was extremely common for musicians to play from figured bass rather than a score as we know it today. This system died out for a number of reasons which I won’t go into here.

People today often think of figured bass as I, IV, and V chords, but that is a system of analysis that didn’t emerge until the late 1700’s, a generation after Bach’s death. This way of thinking about harmony is especially useful when changing keys, so it is still used today. But it isn’t the main system used today.

So, let’s talk about the modern version of figured bass. It’s called lead sheets because it is a system of notation that can lead a performer into quickly being able to play a tune. When lead sheets are collected together in a book, it’s often called a Fake book because you made things up as you go along, you fake it. Years later, people began to call them Real books.

Lead sheets began back in the easily 1940’s when a radio station director named George Goodwin started printing 3-by-5-inch index cards that each had a song on them. He called these Tune-Dex cards. On the card was the melody of the song, the chord symbols, and the lyrics. This information is enough to lead a musician into the tune.

These tunes were compiled into fakebooks and sold widely. These were illegally sold because the song’s creators received no royalties. It wasn’t until 1963 that the first legal fakebook was put on the market.

Musicians such as myself have many collections of lead sheets, many fake books, so that we can quickly play any tune that is requested of us. For example, when I used to play at a lot of events, I took these fakebooks and others to gigs with me. My favorite was the Beatles fakebook which has all 200 of the songs they recorded in it.

So no one can stump me with a request for a Beatle’s song! I have a Movie fakebook that has many famous movie themes, a Disney fakebook, and even a Fakebook that has 600 of the most famous themes in classical music.

An important thing to know about lead sheets is that they suggest what chords to play, but they don’t tell you how to play them—how to style them. In other words, today’s chord symbols are able to quickly and clearly communicate an amazing range of harmonies, but though you are told what chord to play, you are not told exactly how to play those notes.

Some people don’t like this imprecision, but I love the fact that you can play those notes so many different ways.

That, is in a nutshell, what the art of arranging is all about—learning to play chord symbols in satisfying, artistic ways.

On Monday August 27 Melbourne morning, so Sunday the 26th in the evening in the USA, Forrest Kinney and Tim Topham will be holding a free webinar titled: Taking the lead: How to play and teach lead sheets with confidence

If the answer to any of the above questions is “no”, then you are invited to join Tm and Forrest for a  free online training seminar to find out why these skills are vital in today’s teaching and how you can go about it.

One of our primary goals as piano teachers is to create “all-rounder” musicians: students who can do more than just read, interpret and perform notated music.

These are musicians who can also play in a band, accompany a singer, transpose music, realise a lead sheet, compose a chord progression, muck around with a jazz standard and improvise the blues.

Just click on the button below to save your seat and join Tim and Forrest live for one hour of training packed full with information. It is completely free and as always you will have exclusive access to free downloads at the end of the hour. 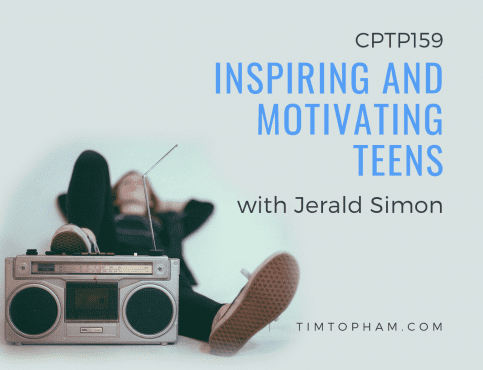 Do you have trouble motivating teens in your piano studio? I think we’ve all found this difficult from time-to-time. My guest today is an expert at reaching teen students and connecting to them with the music they love. Jerald Simon has composed a whole series of pieces designed to inspire students that are especially great END_OF_DOCUMENT_TOKEN_TO_BE_REPLACED

How to Use Music Theory Games to Get Real Results

You might have heard about all the benefits of teaching using games already. Students learn better, more thoroughly and more durably when the learning is fun. However, if you’ve ever actually tried adding games into your lessons, you might have seen another side to this equation. Music theory games also take time away from your lesson…and END_OF_DOCUMENT_TOKEN_TO_BE_REPLACED

A couple of weeks ago, the VMTA ran a one-day piano teachers’ conference at Piano Time in South Melbourne. I always try to get along to these events as it’s great to network with other teachers and the presenters and learn new tricks and techniques to improve my teaching practice. The most interesting session for END_OF_DOCUMENT_TOKEN_TO_BE_REPLACED

I’m currently holidaying in Bali and have really enjoyed reading “Hamlets Blackberry” by William Powers. This book argues how our insatiable desire to be connected and ever-attached to our “screens” (his generic term for anything digital connected to the Internet: phones, emails, computers, iPads, etc.) is actually causing far more harm and personal disconnection than END_OF_DOCUMENT_TOKEN_TO_BE_REPLACED

TTTV017: All about ABRSM Piano Exams with Tim Arnold

This is the second in a series of podcasts taking a look piano exams. Today I’m talking with Tim Arnold about the most global music exam board, the ‘Associated Boards of the Royal Schools of Music‘. ABRSM is the UK’s largest music education body, one of its largest music publishers and the world’s leading provider of music exams, END_OF_DOCUMENT_TOKEN_TO_BE_REPLACED

When piano class is a battle of wills with that teenage boy!

Today I’d like to introduce you to Anita Kohli who teaches in Mumbai, India and writes for us about a topic that readers will appreciate is very close to my own heart: teaching boys. Teenagers of either gender can be a challenge to motivate at times and Anita gives some great tips for dealing with difficult students. END_OF_DOCUMENT_TOKEN_TO_BE_REPLACED

Forrest has travelled extensively to give presentations, workshops, and concerts at music conferences and other events over the past two decades. He loves sharing liberating and inspiring ideas. He has written articles for many publications and authored two books on creativity. His thirty-nine books and collections of compositions are now used by music teachers and students throughout the world.