Today we have a guest post which will help your students understand how to create, compose and understand a piano chord progression.

We have experienced blogger, musician and writer Doug Beney joining us. Welcome Doug!

Doug runs a blog called MIDI Lifestyle, all about technology and software in music. You can check it out here.

But now, we are glad to welcome Doug to topmusic.co to teach us all about chord progressions. Please, leave any questions in the comments section below!

Songwriting has a special appeal for many and, if you’re so inclined, learning piano likely fed the urge to take what you’ve learned and turn it on its head, finding new combinations of the building blocks collected in the student phase.

Yet, there’s no one way to write a song. It may stem from a mental image or a turn of phrase as easily as a musical idea. That’s the inspiration stream, where songs come seemingly out of nowhere. At some point, however, craft enters the picture, and music skills step in to help shape the finished product.

Consider a wood carver encountering a piece of driftwood one morning on the beach., The wood may suggest a finished form, but it’s up to the carver to take tools and sculpt the finished piece. What about those days, though, when the carver wants to work but hasn’t got an inspirational medium? There are times when any piece of wood will do, and imagination is the driving force.

Chord progressions serve as the songwriter’s empty blank, a starting point to drive inspiration rather than vice versa. Chords form a harmonic structure onto which a rhythm, tempo and musical style may be laid. A chord progression defines much about how a melody can develop within its boundaries. The choice of chords even defines the mood, preparing a listener for the lyrics or melodies to follow.

Therefore, the more you understand about putting chord progressions together, the more tools you have packed into your workbag. Here are some tips, tricks and theory that any aspiring music creator can use for new ideas.

If you’ve studied scales before, this may not be a new topic. Those worried about a math lesson breaking out, relax. For anyone who’s had an idea, has a couple of chords, but can’t find the next one, this is deliverance.

There are seven notes with one repeated in Western music scales. In the key of C, these are:

They could be numbered, low to high:

So say that a singer works better in G. The numbers remain the same, but the note values switch to:

There are certain intervals that must fit between the notes in a scale, depending on whether a scale is major or minor or another variation called a mode. That’s for another article, however. Let’s get back to chord progressions.

In fact, since the 17th Century, we’ve used Roman numerals not only to describe where a note sits in a scale, but how chords fit into key signatures. Roman numeral values for major chord scales look like this:

In the key of C, these translate to:

So, to sound right in the key of C, the chords of D, E and A are best used in minor form, with a flattened third. The chord version of B in this case is B diminished, with a flatted third and fifth.

There’s a lot of theory in there, but the important takeaway is this: those Roman numerals give you all the chords, and their degrees, for any key. Working in D? The E chord form most likely to work will be Em, since it’s the second degree in the key of D.

This numbering thing is a very powerful way to come up with chords that fit within the key you’re working. In fact, there’s a variation on this called Nashville numbering, a musical shorthand that makes work with musicians more efficient. They don’t talk chord names there in letter terms. It’s all numbers. Changing keys is a breeze, as the session players do this math in their heads and away they go.

This also works with minor scales and other modes, but concentrate on using majors as you get started, since these have other patterns of major, minor and diminished chords. They’ll still be waiting for you once you’ve exhausted major scales.

Pick three chords at random from the Roman numeral list, pick a key and see if you can make those chord degrees work in a progression.
Tweet This

Borrow From the Past

No, this doesn’t advocate plagiarism, but with 12-tone octaves and 8-note scales, what sounds good to the Western ear comes from a relatively limited note and chord set. Sure, blues is built around three chords in a 12-bar pattern, but the rest of popular music is far more varied, right? If you think so, check out the video “Four Chords” by Australian comedy group, Axis of Awesome.

Yes, it’s parody, but it’s not a coincidence. Four chords account for a huge body of popular music, so much so that these chords get sub-grouped, branded and openly sought in new material. One particular arrangement of the four chords commonly features in heroic scenes in Hollywood blockbusters. Everyone is already writing songs around these progressions. Why not see if you can find your own take on them?

The four chords are the famous three from the blues lexicon: I, IV and V. So in the key of D, that’s D, G, A and B minor. We’re talking chord progressions here, not simply lists. Here are the commonly used progressions and some examples of each:

Take one of the four-chord progression sequences and incorporate it in your own arrangement.
Tweet This

Is one chord a progression? Leave that debate for another day, because there are songs that feature largely one chord throughout the entire song. It’s another device taken from early Delta blues and it’s a way to bring minimalism to the fore.

Songs such as Aretha Franklin’s Chain of Fools, Yo La Tengo’s Ohm, and Tomorrow Never Knows, again by The Beatles, use predominately one chord droning through the song. It’s not a device that’s used very often, but it may be the source of ideas.

Devise your own one-chord wonder built around a single triad. It’s harder than it sounds!
Tweet This

More properly called inversions, slash chords get their name from the way they’re usually depicted on lead sheets. Usually, the root note of the chord determines the bass note for supporting that chord. There’s no particular reason for that other than convenience.

Play a standard D triad with a D note in the left hand down an octave. Then keep the triad, but play an A note with the left hand, then an F#. It’s still just a single chord, but now there’s three different sounds: D, D/A and D/F#. The seven chords of the scale instantly have two more options that evoke different moods. Change the inversion of the right-hand triad and additional harmonic complexity jumps out.

Create your own progression using all or mostly slash chords. Try playing a famous tune, but alter the inversions and see where it leads you.
Tweet This

Rules, patterns and templates are great starting points and provide a tonne of inspiration. Sooner or later, though, you’ll come up with something outside of the rules. It will violate one or more of the points shared in this article, it will be completely and utterly wrong, and it will sound cool.

Cool wins. If ever a place where broken rules fit, it’s here. E-flat isn’t in the A major scale. Play those two chords in a progression and you will certainly evoke a mood. If it’s the right one for the idea you’re expressing then don’t give a second thought about where it fits in the scale.

In-song key changes (called modulations), oddball chords and illogical slash chords may be quite dissonant, but music isn’t all about sweet harmony. Learn the rules and then break them at every opportunity. Happy Writing!

What do you have a harder time with: creating a solid chord progression or creating a catchy melody?

Leave your thoughts in the comments section. 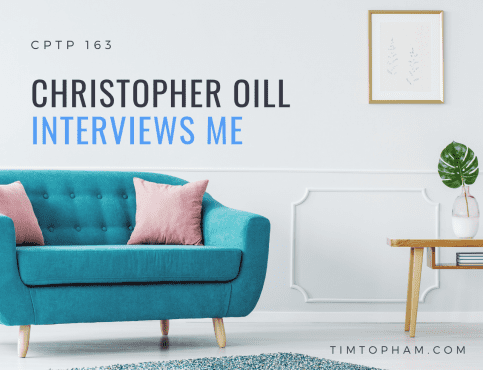 This podcast episode is quite different. In fact, it’s pretty unique as Christopher Oill has asked to come on the show to interview me. In the interview, Christopher dives into what my business looks like today and how I got started. We also spoke about piano teaching trends, how to put ideas from the podcast END_OF_DOCUMENT_TOKEN_TO_BE_REPLACED

How to Get Your Beginner Piano Students Composing Music

Carol Matz is well known in the piano teaching community for her Famous and Fun series, and more recently for her Interactive Piano Method. She’s also an experienced piano teacher herself and she knows what works when it comes to great arrangements. We are super excited to have her presenting today’s guest post, all about how to END_OF_DOCUMENT_TOKEN_TO_BE_REPLACED

2017 in Review: Webinars, Courses and More

Let’s keep looking back at 2017 in our review series. Today, we take a look at the free piano webinars we ran during the year. If you missed out on one, you can still catch a webinar replay by registering. Head to this page to find out how. Also, why not catch up on our END_OF_DOCUMENT_TOKEN_TO_BE_REPLACED 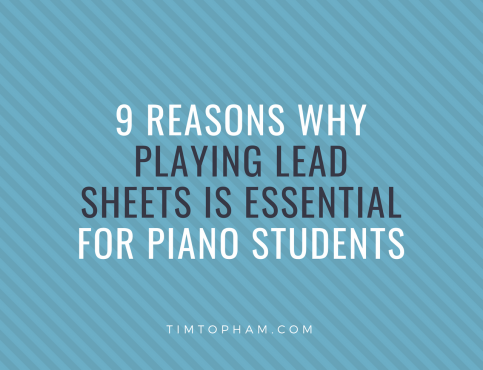 9 Reasons why Playing Lead Sheets is Essential for Piano Students 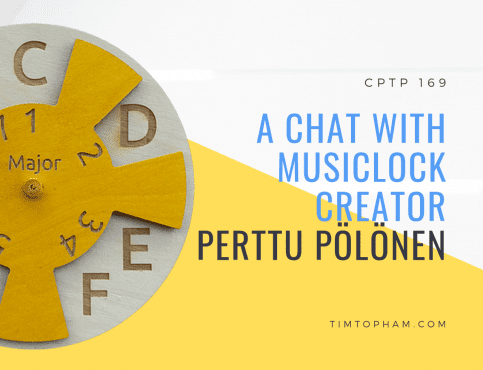 MusiClock is one of my favourite apps. I use it in my lessons to make scales more interesting and to provide backing tracks for improvisations. I’m delighted to have its creator on the show today, Perttu Pölönen. Not only has Perttu created this fantastic app (at only 24!) he’s also working on a whole method END_OF_DOCUMENT_TOKEN_TO_BE_REPLACED 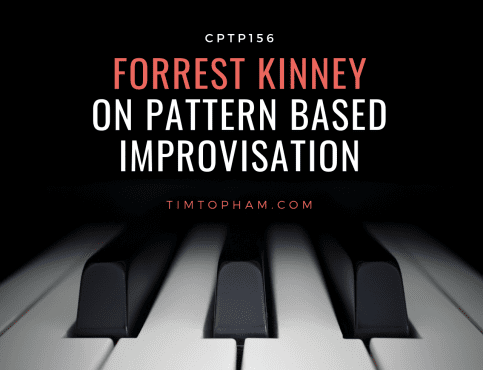 You’re in for a treat. Forrest Kinney is coming back on the podcast to talk about pattern based improvisation. Forrest Kinney is a strong advocate for getting all beginner piano students to improvise. His books Pattern Play and Create First help teachers to just that through the use of simple patterns that make improvisation accessible to everyone. END_OF_DOCUMENT_TOKEN_TO_BE_REPLACED

I started MIDI Lifestyle in September of 2014 with the vision of providing new producers with quality gear reviews and recommendations so they can avoid purchasing subpar equipment. Fast forward two and a half years and we now have a small team of passionate writers working hard to publish the best content.