Is the iPad Killing Piano Memorisation?

OK so I’m just going to get it out there: I’m not a memoriser. Never have been. Always struggled with it and I find it one of the hardest things to do on piano.

I never force my students to do it and I’m always in awe of people who can perform securely and comfortably from memory.

In fact, and here’s the big one: I actually don’t believe that piano memorisation is all that important.

There, I said it!

I know there are plenty of arguments about how memorising music helps you perform with greater emotion and depth. I know that playing from memory allows you to concentrate solely on the music rather than reading notes and it certainly is a good test of how well you truly know a piece.

I get it and I know that people will disagree.

In fact, I worked incredibly hard to be able to memorise two of my four diploma pieces a few years back and I know the feeling and freedom that comes from playing from memory.

But is it really that important? Should it really be such a big deal?

Related: Preparing for an AMusA performance diploma exam – why bother?!

When Huffington Post articles like How Does a Pianist Remember the 30,000 Notes of the ‘Rach 3’ get over 5,000 likes on Facebook, you quickly realise that for non-pianists, it’s almost incomprehensible how people can remember so much stuff. I think I heard Lang Lang once say that he had hundreds of the most challenging pieces (including a number of concerti) in his memory ready to go at any one time.

For a sight-reader like me, it’s unbelievable! It’s almost a party trick isn’t it?

Is memory important any more?

A few weeks ago, I had the pleasure of attending a recital by my good friend Jovanni-Rey de Pedro here in Melbourne, where he played a program of almost all Australian/NZ composers including Daniel McFarlane, Jo Kotchie and Chris Norton to name just a few.

While Jovanni’s playing and interpretation always impresses me, one other thing made an impression on me that night: the fact that he performed the whole program (bar Mozart’s Variations on Twinkle Twinkle) using his iPad and a bluetooth page turner.

Indeed it was only a couple of years ago that my own teacher, Caroline Almonte, one of Australia’s all-time top teachers and pianists, performed “Rach 3” herself with the Melbourne Symphony Orchestra using the score and a page turner.

Related:  How to practise away from the piano.

But all this began to make me wonder: is the nature of piano performance changing?

With the advent of technology, students in all subjects are (hopefully) having to memorise fewer and fewer facts and figures, in favour of putting their knowledge into action: problem solving, working together, creating, exploring. This is due mainly to the fact that all of us carry the world’s knowledge in our pocket. Why do we need to memorise things that we can search and find in seconds?

The changing face of piano performance 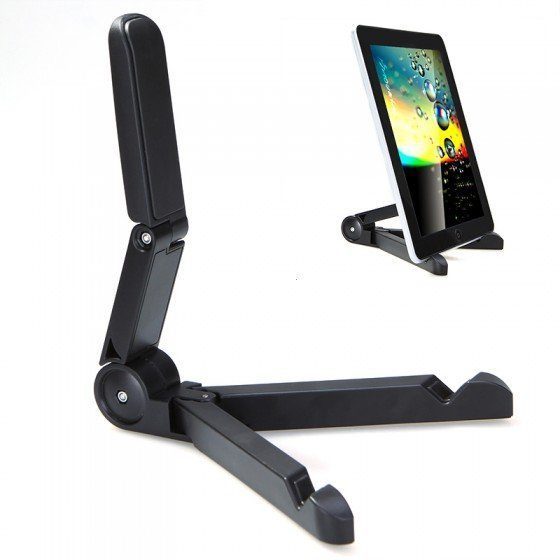 So we come to piano performance.

Why then do so many of us put ourselves, and our students, through the misery that can often accompany preparing a performance from memory?

I’m not just talking about the slow and tedious act of properly memorising a score with more than just kinaesthetic memory but also the increased nerves that come with the thought of ‘losing your memory’ during a performance.

Other instrumentalists tend to use the music, why not pianists? Why is it so taboo?

I believe it’s generally accepted that Liszt is the person us ‘non-memorisors’ have to blame for this history of memorisation that’s plagued piano pedagogy and teaching since the 1800s. No doubt it came easily to him and probably had a lot to do with the fact that he was often playing his own compositions and arrangements…even I can do that from memory!

Here’s what Melanie Spanswick said about this in a post in 2012:

Liszt not only developed the solo recital idea but he devised how the piano was to be positioned on stage too (with the piano side-on so that the pianist’s profile can be admired and the lid up facing the audience to ensure full volume). He was also the first pianist to play from memory. This potent combination guaranteed total devotion from his fans and more importantly set the stage for all future piano recitals for the next 200 odd years…Liszt benefited tremendously from performing in this way and successfully conveyed the romantic image he worked so hard to cultivate. However, for those mere mortals who have since made the concert platform their home over subsequent generations, playing from memory has indeed been the cause of much misery. [My emphasis]

My question is: why put ourselves and our students through this if it’s not something that comes naturally and may even be detrimental to a performance??

With today’s tablets, you can put the piano’s music rest down and place your iPad on a Universal fold-up iPad stand like the one above from EPL or just rest it inside the piano frame itself. The iPad becomes almost invisible when viewed from the side while the performer has the security of a score if required.

Couple that with a bluetooth page turner and you have all you need to perform from the score without paper and with full control over page turns.

I have a feeling that change is coming in the world of piano performance and the Washington Post seems to agree: iPad pushes sheet music, and page turners, off the stage.

Is memory a waste of time for 99% of students?

I’m sure some of my comments will have readers up in arms so get writing and let me know what you think about the great memory debate. Please leave your views below.

Get the latest Bluetooth Page Turner from AirTurn

TC240: Overcoming the Challenges of Becoming a Great Piano Teacher with Emily Laney

TC237: Solving Makeup Lessons Once and for All with Laura and Dave from LessonMate

TC236: Using an App to Augment Your Students’ Learning with Dan Harvey