Computerizing the piano composition process may seem daunting if you’ve never played anything but acoustic pianos. However, the early stages of combining music and computers came about using keyboard instruments, so you’re already accomplished with the primary interface.

That said, those early stages were nearly 40 years ago and much has evolved since. While on one hand, this brings complexity and steep learning curves, the other hand brings integration and intuitive work flow. You may need to dig to find the combination that’s right for you, but chances are there’s a setup that will complement the way you work.

Here’s what you need to know to identify the basics and, ultimately, the essentials for your composing studio.

The feel and response of an acoustic piano is an essential part of both composition and performance. The culture shock between a piano and synth-weighted keyboards can be drastic. A piano key is a complex mechanical structure, while inexpensive keyboards feel plastic, light, and springy. There’s nothing organic or acoustic about the way they move.

If you’re looking for a keyboard to handle composition chores only, don’t dismiss the more affordable synth-weighted keys without giving them a try. This is particularly true if you plan to compose using notation, rather than recording a performance of your composition.

Synth keys have velocity and touch sensitivity even when the overall feel doesn’t correspond to a regular piano. Synths may also be fine for the data entry tasks of composition.

The other hardware device that’s essential, besides your computer, of course, is a MIDI interface.

What do I mean by MIDI? Musical Instrument Digital Interface, or MIDI, is the language through which a musical keyboard and computer talk. Where once there was much voodoo involved in matching devices and computer, today most MIDI connections use USB with class compliance. Confused? Basically, plug it in and it works.

Older equipment may need alternate solutions using 5-pin DIN-style connectors, but even these have become simple and reliable. Much support is out there, so even if you run into a problem, answers aren’t far away.

For those who record other instruments, digital audio workstations, or DAW, are the software equivalent of a tape recorder in the simplest analogy. For the piano composer, the DAW replaces the manuscript.

Nearly every DAW now incorporates some form of notation. In fact, most convert MIDI data from its code into notation. However, some DAWs perform this task better than others. And while the general trend in DAW apps has been toward homogenization, with every product having some form of most major functions, when it comes to composition, DAWs that specialize in notation still exist to one side of the mainstream.

The apps that consistently place at the top of best notation software are Avid’s Sibelius and Finale. While Finale was the first notation app to rise to prominence, many users find Sibelius more intuitive to use, and in some circles, it’s now the de facto standard notation software.

Keep in mind that your work method, no matter what it is, is valid, and what’s intuitive for someone else may not be for you. Road testing notation software works the same as keyboards. Try several, including free or inexpensive apps, and you’ll likely be drawn to one.

Not into working on a computer or would like to record music on the go? Keep in mind that the mobile DAW has advanced a lot over the last few years. Whether you’re on Android or iOS, there are plenty of options.

Another aspect of software that may come in handy is the piano instrument plug-in. When MIDI emerged, keyboards each had their own sound generators. Synth A sounded like Synth A, and Synth B was unique to itself. MIDI meant that you could play Synth A’s sounds with Synth B’s keyboard. It’s an easy step to realize you could thus incorporate synths with no keyboard at all, as well as keyboards with no sound generators.

When computers and DAWs entered the scene, the virtual instrument became possible. A virtual instrument is essentially a sound synthesizer that exists in software, with no hardware sound generator of its own, nor an associated keyboard.

Virtual instruments are commonly called plug-ins, and the VST format, short for virtual studio technology, emerged as the most viable format. So, no matter what keyboard or DAW you’re using, if you want to hear your composition played with the sound of a Steinway concert grand piano, plug-ins can bring you closer to that reality. Want to hear the same song on a noisy, out-of-tune barrelhouse piano? Yep, there’s a plug-in for that too.

Perhaps nothing is as personal as your own composing methods. The great thing about computer-based composition is the range of options available. If you’re a competent player, your notation software can record your performance, then convert the note data into notation form for your editing and fine-tuning.

Obviously, the better your performance skills, the better the first draft of notation will be. There are also tools, such as quantizing for example, that help refine the notation output by reducing performance variances.

If you’re used to composing on staff paper, you can also translate that virtually to notation software. Adding notes with mouse clicks is the obvious alternative interface, and you can expand on that, using a stylus and drawing tablet.

Computer tablets, such as iPads and Windows Surface devices, are also a natural for written composition, although these add some export and import steps for use with DAW software.

Just as composition is a personal process, so is your transition to composing with a DAW. Each decision along the way affects and reflects the way you work. Some trial and error is likely inevitable, so stick with low-cost solutions until you have strong feelings about your needs. Ask questions, get advice, and sort through it. There’s no right or wrong way to compose with a DAW. There’s only what makes sense to you.

How do you currently, or plan to, implement a Digital Audio Workspace into your piano teachings? Would love to hear your responses in the comment section below!

I’m so excited to be starting the Tim Topham TV Podcast by interviewing my good friend and Australian teacher/composer/presenter, Daniel McFarlane and we’ll be chatting all about student composition: how to help students create music at the piano from scratch and how to develop their own ideas further. It doesn’t matter if you’re completely new to END_OF_DOCUMENT_TOKEN_TO_BE_REPLACED

Former Students on Composition Today’s post provides you with a student perspective on learning chords and composition. Adrian and Jackson are two of Tim’s former students. They will share with you their experiences on piano composition, and why it transformed their musical education. There are a series of videos below, touching on teaching chords, incorporating END_OF_DOCUMENT_TOKEN_TO_BE_REPLACED 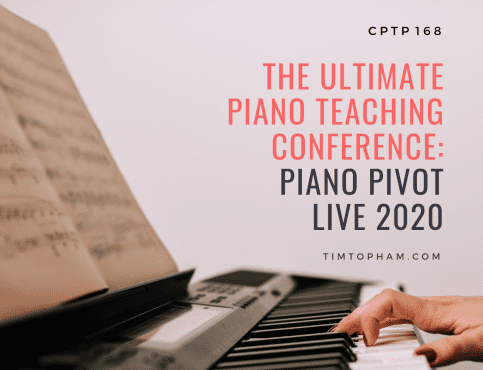 TTTV002: Using piano improv to create a musician for life with Christopher Norton

Ever wondered how the master of contemporary piano music, Christopher Norton, teaches improvising to beginners? Interested in learning the secrets he’s gleamed about teaching improvising over more than 30 years of composing, teaching and presenting? Like the idea of teaching improving by starting with written music rather than thin air? It’s great to be spending time END_OF_DOCUMENT_TOKEN_TO_BE_REPLACED 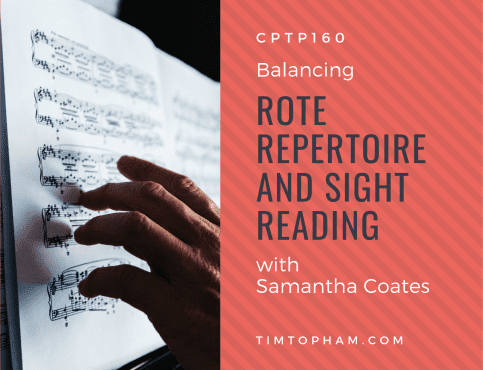 Rote repertoire has been gaining popularity in recent years. Piano teachers are realising the value of teaching by rote alongside reading in order to teach technique and allow students (especially beginners) to explore more of the piano. Samantha Coates has created a fabulous resource that combines rote repertoire with reading to create truly holistic music END_OF_DOCUMENT_TOKEN_TO_BE_REPLACED

Online Piano Teachers and Bloggers  Do you ever feel overwhelmed with the amount of great information you could spend your life reading online about piano teaching?    While narrowing down a list of the most influential teachers to only five was always going to be difficult, it has also been a really interesting exercise.   END_OF_DOCUMENT_TOKEN_TO_BE_REPLACED

I started MIDI Lifestyle in September of 2014 with the vision of providing new producers with quality gear reviews and recommendations so they can avoid purchasing subpar equipment. Fast forward two and a half years and we now have a small team of passionate writers working hard to publish the best content.