Discover How To Battle Through Performance Anxiety With Artist Matthew Xiong

By Tim Jorge | Performance and Recitals 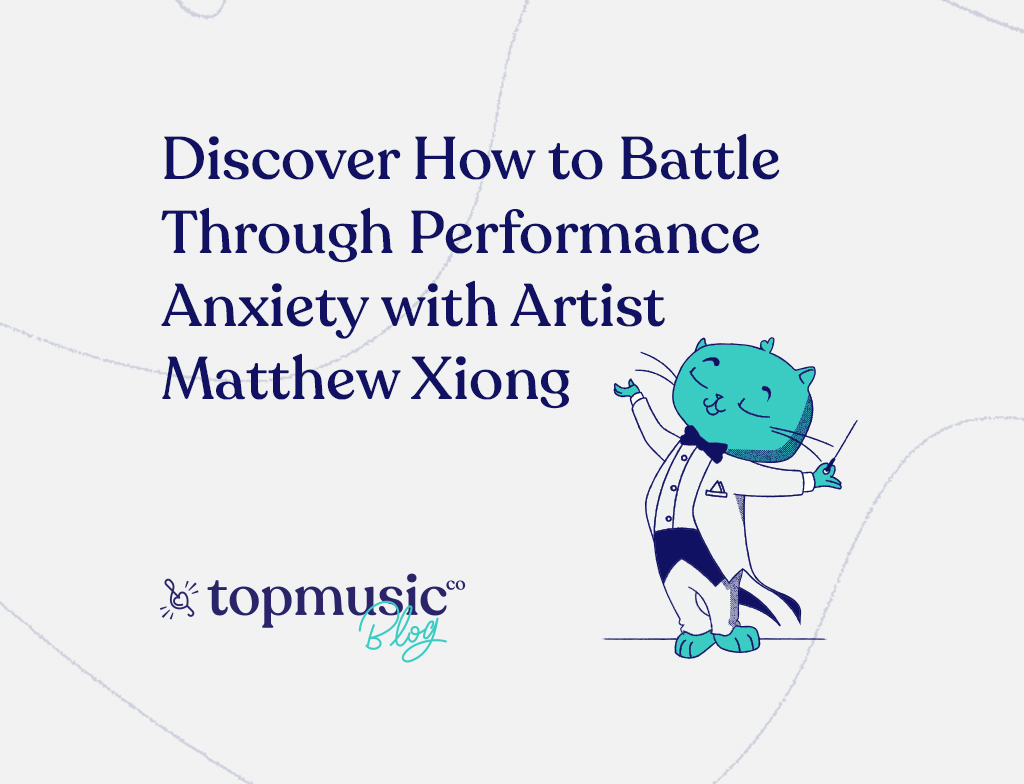 Discover How To Battle Through Performance Anxiety With Artist Matthew Xiong

Performance nerves has held back many a student from enjoying sharing their music. The following is a case study article about an artist interested in working with his students to improve their confidence as performing musicians.

Do you suffer from stress when performing your music? How about your students? Has one ever cancelled from a recital date for mysterious reasons, but you suspect nerves are at the heart of it?

Performance anxiety is a condition that derives from the sustained stress of performing on stage in front of an audience. Some liken it to a mild form of PTSD even.

The condition is not only suffered by new or inexperienced musicians; many high-profile artists have been affected too such as Glenn Gould. Indeed, a certain level of performance anxiety is almost an accepted part of being a musician. However, when it becomes too acute, performance anxiety can lead to trauma for the performer.

Many artists attest to the feeling of being held back from reaching their full potential. They also claim that their anxiety started to spiral out of control following one particular performance. During such a performance, the musician would become aware of their on-stage vulnerability.

So in this article, we’ll take a look at Australian Matthew Xiong’s work on this topic. He is a concert pianist and teacher who has helped many musicians with their confidence to conquer performance anxiety. Matthew now works with artists in the United States, helping them become confident performers.

Matthew started learning to play the piano when he was five years old, and he has grown to have a career that’s been internationally celebrated. As well as performing, Matthew has instructed at several music institutions, including Boston’s Merry Melody Music Academy, also his own Talent! Music Academy. Some of Matthew’s students have gone on to win national competitions and perform in renowned musical venues such as New York’s Carnegie Hall.

It is some of these students that have motivated Matthew to seek out better ways to overcome the pressures of performing.

For Matthew, like many musicians, performance anxiety is something that he has experienced for a long time. Indeed, he acknowledges that there is not a single performance he has done, since the age of five, that hasn’t been affected by his anxieties around performing. The condition may be common for musicians, but an audience seldom notices it.

This situation makes performance anxiety a very private experience, almost as if an internal ghost haunts the musician. A reluctance to discuss the issue within the musician community only serves to keep it undercover, perpetuating the unwillingness to talk about it.

Matthew believes that, as a music educator, he has an opportunity to help both early in a musician’s career and as the first line of defence.

Matthew puts the reluctance of musicians to talk about the issue down to a refusal to acknowledge performance anxiety as an actual condition. Or perhaps it’s just denial.

It is almost that there’s an attitude of no danger can exist if you don’t recognize there is a danger in the first place.

During his career as a performer and music teacher, Matthew has encountered many colleagues and students willing to open up about their battle against performance anxiety. However, he admits that these people have generally only talked about the condition when he approached it head-on.

There should be no need to feel ashamed or embarrassed about performance anxiety, as some of the world’s most famous musicians have struggled with it. The prestigious Russian pianist, Vladimir Horowitz, would regularly take leave from performing due to anxiety. However, even though he was suffering tremendous stage fright, the audience was never aware, and the performance appeared perfect.

Without an open atmosphere to discuss anxiety, musicians can become reluctant to admit the issue and seek improvement. We could effect positive change by becoming more open about this topic as teachers.

Success Tips You Can Borrow from Matthew’s Method

Matthew is not unfamiliar with the effects of performance anxiety. Indeed, he suffered from it himself and is all too aware of the stage fright a performer can go through. It was through his battle to overcome the stress of performing that led Matthew to embrace the techniques and psychology through which performance anxiety can be tackled.

In his current role as Talent! Music Academy’s Piano Director, Matthew helps dozens of students overcome their anxieties about performing through his extensive experience of performance psychology. Matthew’s approach to dealing with performance anxiety was first developed when he studied at the New England Conservatory. His progressive methods involve prolonged and increasingly intensive exposure to the pressure of performing.

This graduated increase in stress level allows musicians to slowly get used to performing without becoming overwhelmed by anxiety.

Hold Performance Classes & Welcome the Stress as a Learning Tool

Matthew conducts his classes at his studio, and his students have control over the amount of stress they are willing to undergo. Having such control allows them to shoulder the pressure without fear of it becoming too intense. For instance, a student may choose to play just a couple of music pages to an audience of only three people. Matthew’s role during the performance is to monitor the student and lookout for signs of increased tension such as rushed playing or hyperventilation. Generally, if a musician is calm when performing, they will not display these signs.

When he notices either a physical or performance sign of stress, Matthew points it out to the student and asks them to focus their attention on that area. For example, the student may be stiff-armed or shrugging their shoulders because they are feeling anxious.

By focusing their attention on this area, they become more aware of the stress being generated, which results in it diminishing and the student becoming calmer.

Following each performance, he gives positive reinforcement to the student, allowing them to feel triumphant in conquering their anxieties. He records the session, noting the amount of performance stress the student underwent. In subsequent sessions, Matthew encourages students to accept a bit more pressure.

Matthew likens the process to that of an athlete overcoming a muscle injury. Rather than pushing the athlete to continue with an exercise, they are given time to heal and rehabilitate, slowly building their muscles back up to full strength. Matthew considers his approach to be similar to a rehabilitation process, getting the musician back to full performance strength from a psychic injury’s trauma.

Initially, Matthew didn’t have firsthand experience with performance stress. However, his students were coming to him with the issue. As they begin to enter competitions, they had increasing exposure to the stresses coming with performance.

His initial assistance in the matter was to recommend more practice.

The theory behind this was that the more you practice, the greater confidence you will have and the less stress you will suffer.

Some also believe that a certain degree of anxiety is normal and may even enhance performance!

However, this isn’t the case for every student and it inspired Matthew to start looking for a solution.

Matthew’s research in performance anxiety led him to look into psychological models for other issues, including sports performance. He is a great admirer of the work carried out by Dr Noa Kageyama. Dr Kageyama is one of the trail-blazers of using sports psychology techniques to help improve musicians’ performances.

One key aspect of the research is understanding that the act of performing music is counterintuitive to the musician’s desire to perform. If a musician deems their performance to be of poor quality, they will likely be upset. This feeling is a form of self-punishment that deters the musician from wanting to perform again.

Surprisingly, this situation can arise after just a single performance, but it can soon spiral out of control.

The key to success in dealing with performance anxiety is to break this anxiety-avoidance loop. You can break this loop through a delicate balance of experiencing some anxiety during a performance and feeling a sense of achievement having triumphed over that anxiety.

This is just what Matthew implements with his performance classes with students. He admits that it may seem like he is protecting students by putting them in situations of low-pressure performance and allowing them to stop when they feel uncomfortable. However, in reality, it is a case of building up their strength through prolonged and increasing stress levels. This model is similar to that used to help people who have PTSD. It may not be the same level of trauma as PTSD, but for a young musician who has messed up an audition or competition, the stress can be pretty devastating.

Related: Listen to Dr. Kageyama’s insights on performance stress on our podcast interview with him

Matthew runs his program every month from his piano studio, and the students provide the audience for each other. He is motivated to help the many musicians coming forward and finally open up about their worries.

What about your own students? Do you have a culture that embraces the challenge of nerves and helps students to find ways to overcome it instead of run from it? 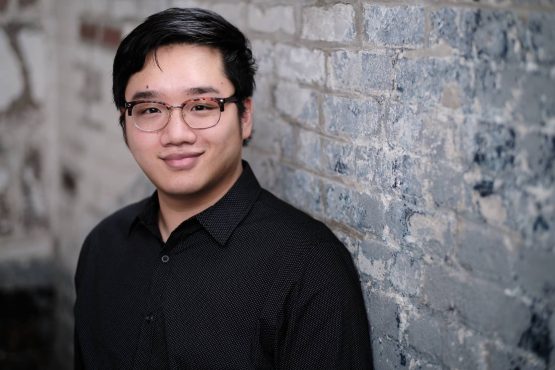 He’s worked alongside some of the most prestigious piano teachers of modern times, including Robert McDonald, Gabriel Chodos, Margaret Hair, John Perry, and Boaz Sharon. Matthew has performed at many concerts around the world, of note, the International Piano Masterclass Festival in Kawai; the International Klaviersommer in Germany; and the Ian Hobson Steinway Society Festival Puerto Rico. At the Beethoven Institute at Mannes, Matthew played works composed by George Walker, who was the first African-American recipient of the Pulitzer Prize for composing music.

Tim Jorge is a Composer and Music Ethnographer who is an alumni of Boston University. His writings cover a vast topic, ranging from pedagogy to race, culture and identity.

Free Resources: How to Teach Guitar