I hate performing. I love playing the piano and working on pieces, but there’s something about playing to other people (or even recording myself) that gives me performance anxiety.

If you told my students I don’t enjoy performing, they would look at you in absolute disbelief. In fact, that is exactly what happened when I told one recently.

Rory was preparing to play in a local music competition at her school, and with two weeks to go, she admitted she was feeling really nervous.

She was worried her nerves would make her fall to pieces and thinking about it made her feel sick. I told her I completely understood and that performing makes me really nervous, too.

She stared at me as if I’d just told her I’ve never seen Frozen 2 (which was a conversation we’d had the previous week, so I recognised the look). “But you do it all the time!”

She’s right – I do perform all the time. If you look at the Greenside Music YouTube channel, you’ll see me popping up all over the place. As much as I don’t enjoy it, I do think it’s important for my students to see that when it comes to music, I know what I’m talking about.

“Which is why I can offer you some advice.”

5 TIPS ON HOW TO DEAL WITH PERFORMANCE ANXIETY

During one summer concert years ago, the doors were open in the venue to let in some well-needed cool air. It also let in a sneaky breeze that blew the pages of my book over to the next piece. Very luckily, I was able to replay the left-hand chord I’d just played while my right hand flipped the page back, and I was able to pick back up where I’d had to pause. If I hadn’t known the piece as well as I had, the page flip would have thrown me completely and my performance would be one I look back on and cringe at how badly it went!

Rory liked this idea and decided she’d play to her parents and younger cousin at the weekend. I know her cousin, and I agreed that that would be a good idea – her cousin idolizes her and would definitely say all the things Rory needed to hear.

3) REWARD YOURSELF AFTER YOUR PERFORMANCE

When you have a big event, like the music competition, it’s nice to have something to look forward to after the event has finished. This works in a few ways:

– Performed brilliantly and you’re proud of yourself? Yay! Have a cookie from your favourite bakery to celebrate.

– Things didn’t quite go to plan? That’s okay, you’ve got that new film on Disney+ to look forward to when you get home.

– Feel a bit flat and empty now that the thing you were working up to for so long has ended? No problem! You have that new piece from your favourite band to start learning!

Rory could see what I meant and talked about how after the competition she’d be going to her cousin’s house to play with their new kitten. She knew that whatever happened and however she played, she’d have fun with the cat afterwards.

While you can’t predict exactly what will happen when you’re performing, you can try and prepare for different eventualities. I instructed Rory to play and keep playing no matter what.

She began her piece, and I started muttering to myself. I reminded myself to pick up cat food on the way home, otherwise my cat would pack his bags and leave. Then I mused about what sort of bag he’d have and what he’d pack in it if there was no cat food at home and started laughing to myself. Rory suppressed a giggle, but carried on playing. I then started coughing, sniffing, and shuffling in my chair. I played a ringtone on my phone, answered the phone in a loud whisper saying, “I can’t talk right now, I’m watching some kid play piano.” That made Rory grin, but she carried on playing.

When she finished her piece, I asked her how she’d felt while playing.

“That makes me feel a bit better!”

This piece of advice has been invaluable to many students over the years, Rory included.

Certain students are always insistent on getting everything 100% ‘perfect’. No wrong notes and wrong rhythm allowed. They beat themselves up if they make a mistake and insist on starting again from the beginning (this is not something I’ve instilled in them!)

To these students, I say this: “When you want to do well at school and get an A on a test, does that mean you have to get 100%? Answer every single question correctly?”

I reply, “So, you’re allowed to get things wrong and you still get an A and therefore do well?”

“So, why aren’t you allowed to make a few mistakes when you’re playing and still think that you’ve performed well?”

They normally then fall silent, thinking about why that is.

Some of them then mutter, “Good point,” or, “I hadn’t thought about it that way.”

I then ask them to decide on their ‘perfection boundary’. No one should ever aim for 100% perfection because we’re all human and we’re allowed to make mistakes. Instead, decide on your ‘perfection boundary’ – how many mistakes or what kind of mistakes you’re allowing yourself to make and still class your playing as ‘perfect’. By expanding your boundary for what you deem to be good, you lessen the pressure on yourself.

I also then muse on the definition of ‘perfection’ with them. I ask them what their idea of a perfect meal would be. Whatever their answer is, I say, “That sounds disgusting to me. You know what my idea of a perfect meal is? Fries dipped in vanilla ice cream. Specifically the fries and ice cream from McDonalds. Then, when they’ve been dipped in ice cream, dip them in gravy. Perfection!”

They normally then give me a weird look. Some of them will even say, “You thought my perfect meal was disgusting? Yours is disgusting!”

I then point out that what was perfect to them, wasn’t perfect to me. And my idea of perfection absolutely disgusted them. So who is to say what is ‘perfect’?

I could see Rory was a bit hesitant to agree to this – she’s a student who sees making a mistake as *the worst thing that could ever happen*.

“I’m going to play your piece twice, and after the second time, I want you to tell me which version was better.”

I played it the first time devoid of any feeling or musicality, but made no mistakes.

Then I played it again, as musically as I possibly could, dancing along as I played. I made five purposeful mistakes. I looked at Rory.

“Well I enjoyed the second one way more ‘cause you were happier and it sounded better.”

“And how many mistakes did I make?” She looked at me. “None?”

“Wrong. Five. I decided that within my perfection boundary, I was allowed five mistakes, but I had to have fun and make sure I put in all the dynamics and articulation to make it interesting.”

Related: Discover How to Battle Through Performance Anxiety

The lesson before the music competition, Rory told me she was feeling a bit better about her performance. The nerves were still there because she wanted to do well, but she knew how she could deal with them.

She’d played her piece to her parents and cousin, and her cousin had raved about it. Rory said that her cousin kept singing the middle section and had even choreographed a dance to it, so whenever Rory gets to that section in the piece she thinks about her cousin and it makes her smile.

The lesson after the music competition, Rory was all smiles. “It went really well!” She exclaimed as soon as she answered the call.

“I played fourth, so I didn’t have too long to wait, and I think I played really well because I just wasn’t thinking about people watching me. I was just thinking about Sarah’s dance and playing with Willow later, and I wasn’t worried about doing things wrong ‘cause I was allowed to do five things wrong and it would still be okay.”

She then disappeared out of shot, and appeared with a certificate.

“I didn’t win, but that’s okay ‘cause there were loads of other people and some of them were really amazing! I was awarded a merit and the judge said she really liked my piece! Do you want to see photos of Sarah’s new cat? It’s SO cute!”

By following my five pieces of advice, Rory was able to control her performance anxiety and ended up having a really enjoyable time at the music competition, which is an event she’ll look back on fondly. 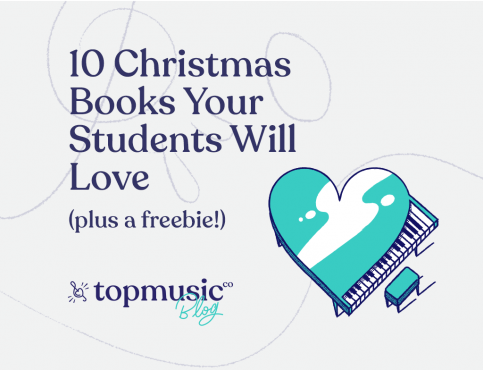 10 Christmas Books Your Students Will Love, including Free Lead Sheets

10 Christmas Piano Books that Students Love, including a free one! The season for playing holiday music is officially here, and while you might rely on a handful of stock favourites, here are 10 student-approved choices to consider for Christmas. This article features short reviews on seasonal picks from composers around the world. You’ll find END_OF_DOCUMENT_TOKEN_TO_BE_REPLACED 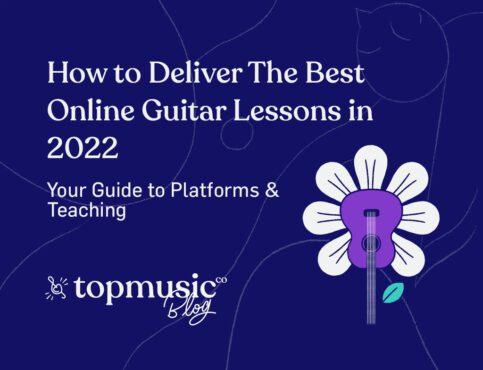 How to Deliver the Best Online Guitar Lessons in 2022: Your Guide to Platforms & Teaching

How To Deliver The Best Online Guitar Lessons It’s never been a better time to teach guitar online. With just a click of a button you can find ways to help you give the best online guitar lessons, and we’re here to break them down for you: Online platforms that are perfect for teaching guitar END_OF_DOCUMENT_TOKEN_TO_BE_REPLACED

Much as been said about 22-year-old Uzbekistan pianist Behzod Abduraimov since he came to prominence after winning grand prize at the 2009 London International Piano Competition, and so it was with great anticipation that I went to his recital at the Recital Centre on Tuesday 27 March, 2012. One thing was instantly clear: this guy END_OF_DOCUMENT_TOKEN_TO_BE_REPLACED 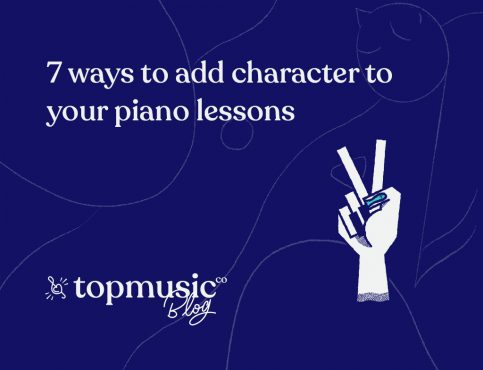 7 Ways to Add Character to Your Piano Lessons

Activities that will keep your piano students engaged... and won't cost you more time or money.

How to Plan and Run a Pop Piano Recital [Part Two]

Welcome to Part Two of this series. In Part One, we explored how to name your event and the importance of finding the right musicians for your rhythm section. We also discussed getting students singing and what music to play and provide to your band. If you haven’t read it yet, click here: How to END_OF_DOCUMENT_TOKEN_TO_BE_REPLACED 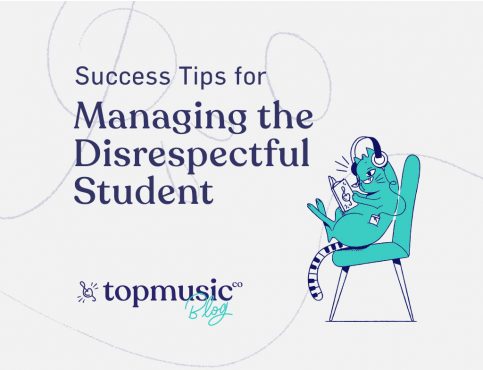 Georgina Wilson is an online piano teacher based in Shropshire, England, with Greenside Music. She has been teaching piano for over 10 years, and loves creating fun games and resources for teachers and students around the world. She’s a firm believer that students learn best when they’re having fun - a smile and a giggle always go a long way!