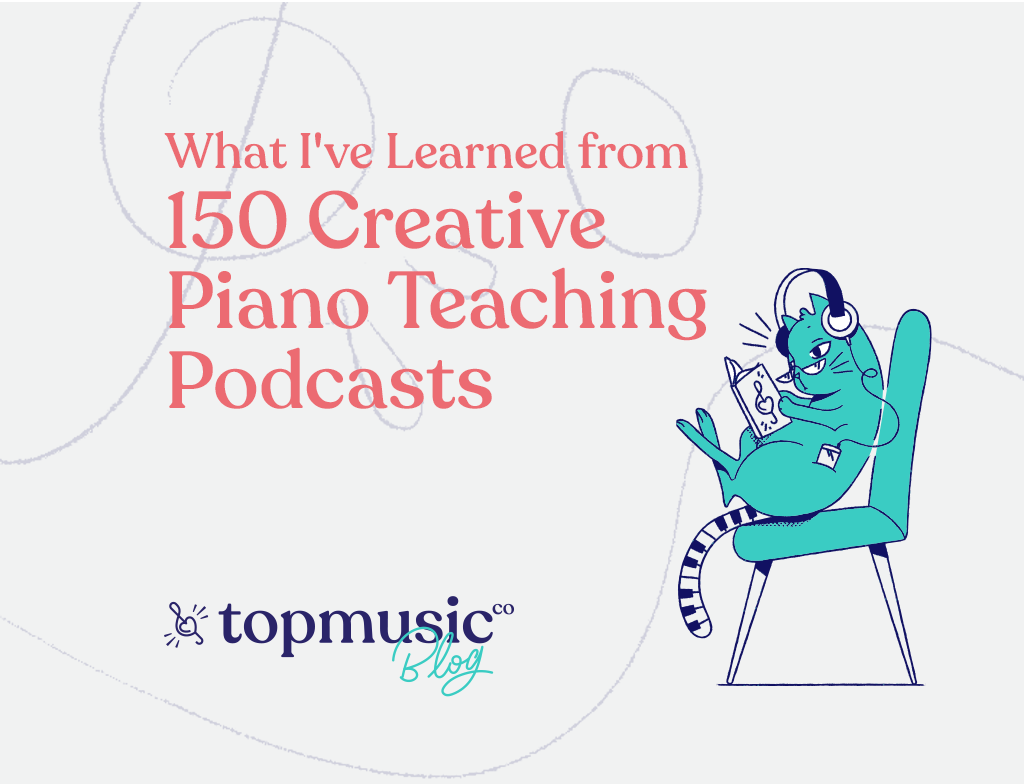 What began in March 2015 as an experimental addition to my site, has become a favourite feature, showcasing leading music teachers, bloggers, and presenters for over five years now. In this article, read about the best insights from over 150 podcast episodes.

Let’s look at motivation factors, from Jon Schmidt’s advice on motivating students with playing by ear, to student practice mindsets with Dave Simon and Philip Johnston.

I’ll also include a look at how this worked out in my own Melbourne studio with a teen student.

Jon Schmidt is one of the leaders of The Piano Guys, one of the most popular groups out there on YouTube. They’ve got 6.7 million subscribers, and over a billion views and counting.

When Jon toured Australia, he joined our podcast to talk about learning by ear and how it helps motivate struggling students.

When I had students who were struggling, I would ask them, ‘What is your favourite song?’ Then I would show them the chords, and we would play it together.

That was how I had started — picking songs that I really loved, and learning them by ear.

Playing by ear taught me to analyse music in a much deeper way than just reading dots on a page. I gained an understanding of how songs are built, and that taught me everything I needed to know about composing.

Challenge your kids with a tune they really enjoy

Once they have the lowest and the highest notes within a 30-second span, I would say, “Now, go back and try these six chords. Six chords probably fit in between the low and the high.” 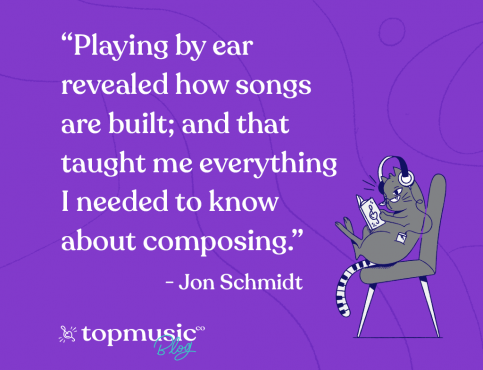 Jon’s pop method basically outlines our 4 Chord Composing methodology, which explores pop music with students because they absolutely love it.

Take a pop song, pull it apart, play it by ear, listen to bass lines and melodies, and identify the few chords that sound really good with that particular pop melody.

Jon Schmidt is one of the most famous performers and composers of our era, talking about doing exactly the same thing.

(Not quite an expert in this department? Explore how to teach this way with 4 Chord Composing, a course included our Pro membership.)

The practice problem is ever-present, and we teachers all struggle with it. We want to get better at retaining our students. These two guests share their insights about how motivation and personal goals relate to practice.

One of my guests from last year, Philip Johnston, is a fantastic author, great thinker, and amazing teacher and performer who lives in Canberra, Australia. He was talking on podcast episode #131 about several so-called heresies regarding piano teaching.

One idea: Daily practice is a bad idea that should just die already.

Here’s what Philip had to say:

The reason I think daily practice is a bad idea is because it fails the triage test. Kids now are extremely busy. Our parents were the first generation of people who were told that they could do or be anything.

Therefore, children now are expected to do and be everything. We’re terrified that we’ve got a little Tiger Woods here, except that we won’t find that out unless they try golf at some stage. And so, kids are doing a million different activities.

For something with a 20-30 minute per day requirement to work — it has to be a top personal priority. And without the high priority, this is an unrealistic expectation to have.

When dissonance happens between the teacher’s expectation about practice, and the fact that it’s not in the student’s top priorities, the student will quit. We’ll lose students.

So – key takeaway – this is a fantastic way to reframe our job as piano teachers. We can abandon the idea of compulsory practice. Instead, engage, motivate and inspire that child or adult so much that they prioritise piano as one of their top personal priorities.

That’s the only way they will actually find the time to practice because kids these days are just so busy.

I had another fascinating conversation with Dave Simon in podcast episode #129, referencing a discussion about practice. Dave talked about research which he did with parents in his studio with sports activities versus music lessons.

The answers Dave received are fascinating.

Parents measured hopes for both areas with personal growth outcomes (e.g. self-esteem, or teamwork) and had similar fears about possible negative experiences in either activity.

But there was a clear contradiction about success. With sports, success would solely be measured in happiness:

However, with music lessons, Dave’s parents would say they measured if the child was practicing at home or not. So he would challenge them that they had said their hopes were about positive experiences, not about becoming soccer stars or concert pianists, initially. 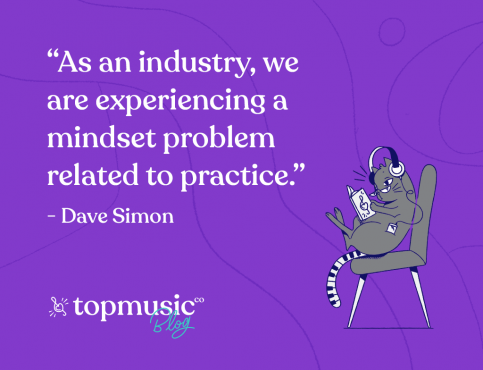 This indicates a mindset problem related to practice. It’s a myth that music is only accessible through consistent independent practice.

Once we inspire and motivate the child through experiencing music they enjoy, the desire to practice on their own will follow naturally. And that’s all parents are expecting in these other activities like soccer team or karate: enjoyment first, and skills mastery secondarily.

An example from my own studio

My student, Roman, came to me after a challenging transition from primary to high school. At a point, he really just stopped practising.

Roman was at an intermediate level, and enjoying music. He loved coming to lessons, but he was doing absolutely no practice.

I was getting more and more worked up about it and was becoming frustrated. I spoke to both him and his parents: yes, he still wanted to come.

At that point, I could have said what many teachers do in this circumstance: “Sorry, mate, I can’t teach you anymore. You need to practice. It’s a waste of time and money.”

(But because I was chatting to Dave and Danny Thompson at that same time about this whole issue of practice, I decided to change my approach.)

Instead, I said, “Mate, Roman, don’t practice. Just stop practicing. I don’t want you to practice.”

And I told his mom the same thing.

And you know what happened? Suddenly, it was like a burden had been lifted from our shoulders — from the child, the parent and me.

Roman was able to come to lessons and enjoy himself without the fear of me saying, “How much have you practised? What have you done?” And having nothing done. 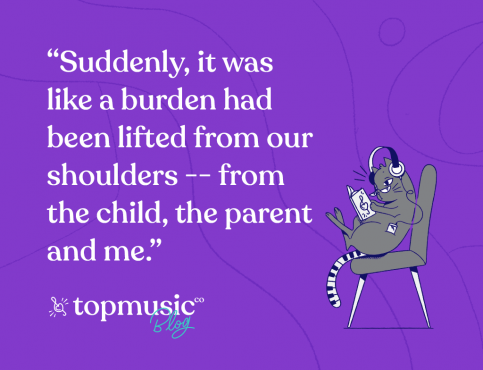 We were able to continue our relationship and keep playing music, building our repertoire, and playing scales — all that kind of stuff. Sure, he wasn’t progressing particularly quickly, but he was engaged and enjoying it.

And you know what? Two years later, guess what? Roman is still having lessons, and he’s practising again.

Related: listen to Danny Thompson talk about hiring a teacher who hasn’t had an new student in twelve months, because he has zero openings, and nobody quits.

These podcasts share a main thread — that person-focussed lessons work so much better in the long run for student growth, than the traditional “old school, hard school, best school” mentality about teaching.

What was your favourite podcast episode? And who would you like to see featured in the future?

For help on transforming your teaching with modern, interest-led programs, check out our membership for teachers – TopMusicPro.

Your Easy Guide to Becoming a Creative Piano Teacher

How Do You Become a Creative Piano Teacher? When you first start becoming a little more creative in your piano teaching, there is a tendency to jump straight to some of the more challenging activities like composing, without realising that there are many simpler ways to get started. I like to think of creativity in END_OF_DOCUMENT_TOKEN_TO_BE_REPLACED

Composition Kickstarters: 5 Ways to Inspire Your Students to Write Music

Some piano students can be a bit reluctant to compose music. Perhaps they’re nervous, or feel under pressure to come up with something amazing. So much so that they just…can’t get started. When this happens – don’t give up! These cautious composers usually just need a composition kickstarter to get the ball rolling. If you’ve END_OF_DOCUMENT_TOKEN_TO_BE_REPLACED

TTTV035: Teaching outside the box with Lynnette Barney

Have you ever wondered how to make your studio stand out from the rest? Every piano teacher needs to find a niche. By thinking outside the box, Lynnette has made her studio a unique experience for her students. One of the biggest differences in Lynnette’s piano studio is the way her lessons overlap. By carefully scheduling END_OF_DOCUMENT_TOKEN_TO_BE_REPLACED

Ever wanted to learn more about jazz improvising? Here’s a free 5-week online course that you can take from your own studio and featuring one of the greats of jazz improvisation, Gary Burton from the Berklee College of Music. Coursera is an education platform that partners with top universities and organizations worldwide, to offer courses online for END_OF_DOCUMENT_TOKEN_TO_BE_REPLACED

CPTP077: How to Teach Lead Sheets and Chord Charts with Susan Deas

Teach lead sheets and your students will be more likely to be lifelong pianists. In fact, Susan Deas surveyed teachers and found that 90% thought teaching lead sheets was useful skill. Cultivating a love of music and keeping students playing was also rated as a primary focus, and most teachers thought lead sheets would help with this. END_OF_DOCUMENT_TOKEN_TO_BE_REPLACED 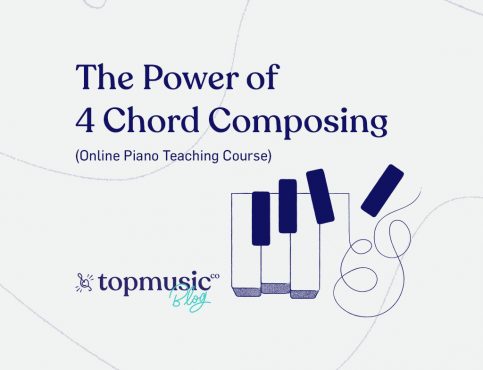 The Power of 4 Chord Composing

Introduction All month we have explored the importance of composition in the piano studio. Now, I am excited to share with you an online course which I have been spending heaps of time creating over the past months. It’s called my 4 Chord Composing course. The following post will explain why teaching chords and composition is so END_OF_DOCUMENT_TOKEN_TO_BE_REPLACED 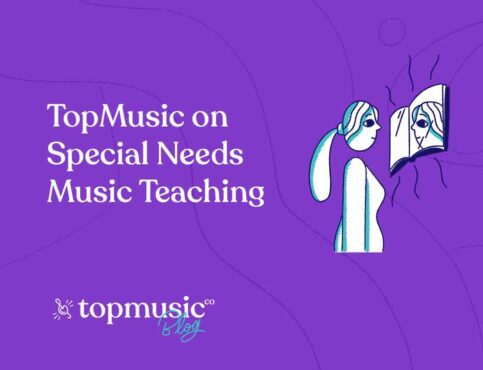 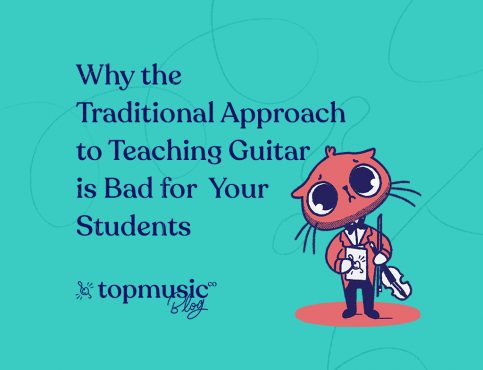 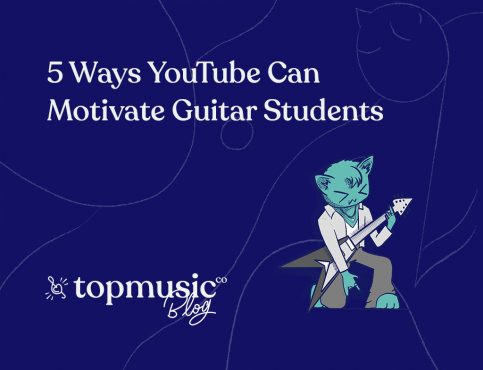 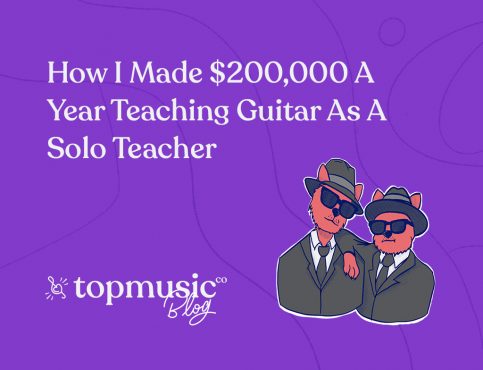 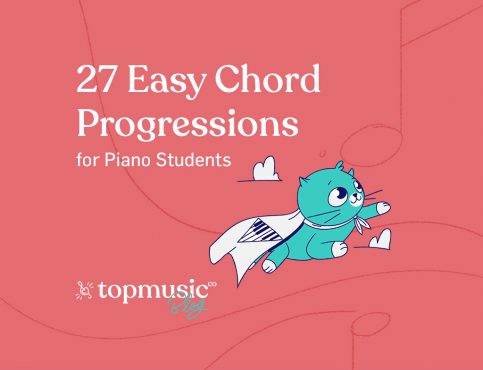 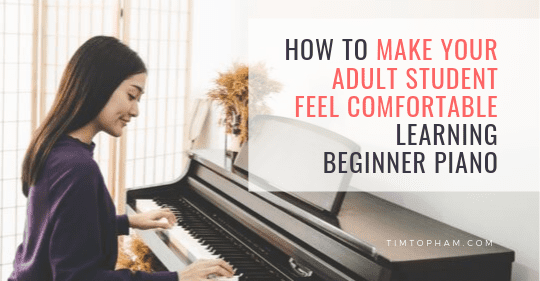 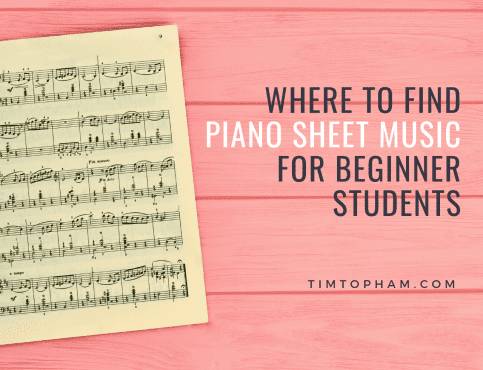 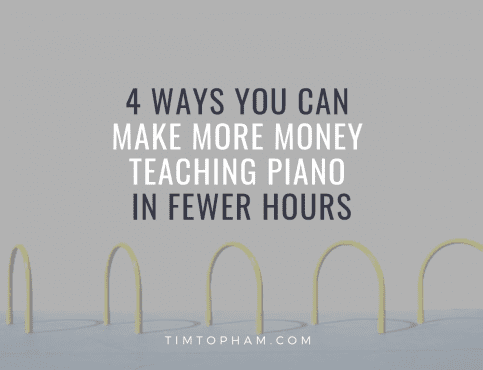